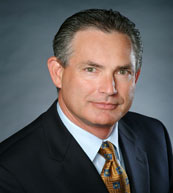 Jon H. Epsten is the founding shareholder in the law firm of Epsten Grinnell & Howell, APC. Jon is a native San Diegan who graduated from the University of San Diego and obtained his law degree from Thomas Jefferson School of Law, graduating with scholastic merit.

For years, Jon acted as a community association manager. He has attended thousands of association board meetings. Jon’s work on behalf of community associations encompasses providing advice on all types of corporate matters including directors’ and officers’ defense, mold and mildew litigation, interpretation and enforcement of governing documents, assessment collection, construction defect
litigation, and reconstruction issues. Jon has participated in and been lead counsel on many construction defect cases resulting in multi-million dollar settlements. He advises associations on risk management, insurance and contract issues. Jon also assists in overseeing the firm’s Construction Defect and Construction Law Practice Groups.

Jon has taught as an adjunct professor of law at California Western School of Law. He is past president of both the San Diego Chapter and the Greater Inland Empire Chapter of the Community Associations Institute (CAI) and has testified as an expert witness in community association-related issues. Additionally, Jon was a contributor to the Continuing Education of the Bar Publication, “Advising California Common Interest Communities.” He acts as a law faculty instructor for the Community Associations Institute. Most recently, Jon was honored by the San Diego Business Journal as among the “Best of the Bar” 2014, and by San Diego Magazine as one of San Diego’s “2014 Top Lawyers.”