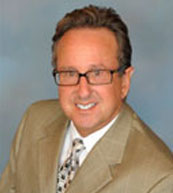 Joel M. Kriger is the founder of Kriger Law Firm. A native of Pennsylvania, Joel graduated from Temple University in 1970 and moved to San Diego to attend the University of San Diego School of Law, from which he graduated in 1973. Joel maintained a general legal practice (litigation and transactions) until 1980 when he began specializing in providing general counsel to community associations in the San Diego, San Bernardino, Riverside, Inland Empire, Orange and Los Angeles areas.

Joel currently oversees a staff of five lawyers, in addition to himself, who represent the firm’s nearly 700 clients in all aspects of community association representation, including assessment recovery and collections, document restatements and revisions, alternative dispute resolution, CC&Rs enforcement litigation, and corporate matters. In addition to originating the firm’s successful retainer and collections programs, Joel is the managing editor of the firm’s quarterly newsletter, Kriger Law Firm News.

For over thirty years, Joel has been a leader in developing in-house as well as industry-wide legal programs to promote education, communication, and innovation. In recent years, Joel has been a frequent speaker and educator for the Community Associations Institute and California Association of Community Managers. He has taught common interest development courses at San Diego State University and Grossmont, Cuyamaca and Palomar colleges in San Diego County, and the University of California Riverside, Citrus, and San Jacinto colleges in Riverside County. He has written articles for both CAI and CACM publications, as well as The San Diego Union Tribune, The Californian, The Daily Transcript, and the San Diego Daily Commerce.

Joel has earned industry awards which include the CAI’s Hall of Fame Award and Speaker of the Year. In 1986, he served as president of the San Diego Chapter of the CAI. More recently, Joel has turned his attention to addressing condominium conversion issues with developers and investors, as well as with new owners of converted condominium units. Joel is a member of the Foothills Bar Association, the San Diego Bar Association, and the California Bar Association. He lives in El Cajon with his wife of forty years, and enjoys traveling, surfing and photography.